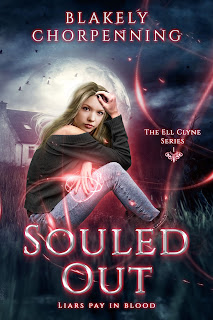 Vampires, vengeance, and inappropriate laughter. My name is Ell Clyne. I'm just a normal girl living in your average small town, trying to make a buck at a dead-end job.  Scratch that. Normal was thrown out the window the night I became the Cypher. The truth is, I work for vampires. My bank account makes me feel like an influencer without the vagina-scented candles. And that spot in my chest—right where my soul should be—was metaphysically scooped out to make room for the revolving-door of souls I read each night before I return to sender. It isn't the philanthropic job of my dreams, but I told one hell of a lie to get it. I did it in order to save someone I love more than myself. When my lie is discovered, the vampires want answers... Even if it kills me. In a world full of enemies—and one particularly hot yet extremely vexing coworker—I must figure out who sold me out and why before I permanently lose my soul, my life, and my family forever. Because liars pay in bloo
Read more 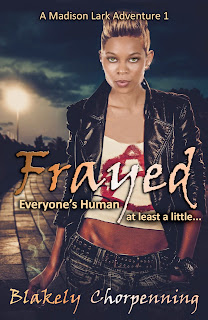 SHAPESHIFTERS. ROMANCE. MAYHEM. HEART. "I loved the laugh-out-loud, witty dialogue, intricate plot, and fully actualized multicultural cast of characters." ~Angie Sandro, author of the DARK PARADISE series As a semi-pro fighter and free spirit, Fray doesn't have a care in the world, until a secret group begins abducting supernatural teens in the Blue Hills of North Carolina for excruciating experiments. Will Fray, a leopard shapeshifter, and her unlikely allies rescue the children before they are dissected alive? Fray will do whatever it takes to stop her world from changing -including confronting personal prejudices and a brooding ex- but the ultimate sacrifice forces her to realize just how overdue change is. Her most shocking discovery: Everyone's human. At least a little... This is a great series for readers looking for more than fight sequences and snarky heroines. Well, it's got those, too. But it's also about a woman learning what she w
Read more 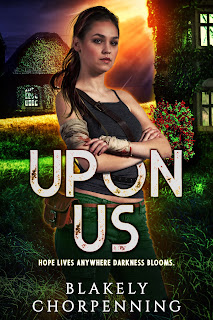 "Fans of adventure, romance, strong female leads, and books like Divergent, Maze Runner, and the Hunger Games will love this story..." ~Amazon Review What if the apocalypse was manufactured to save mankind? Twenty-five years have passed in a self-imposed darkness known as the New Beginning. While the natural planet has flourished, crops are suddenly dying and the sickness—a zombie-like plague—is ravishing the human population. I live on the fringe of what's left of civilization, helping where I can—from a distance. This is the only world I've ever known and I plan to save it. I've been entrusted by the clans to remedy the food shortage. Breaking rules is nothing new, but there's a catch. I need a villager to carry out my plan. Ren is not the captive I had hoped for. He's shockingly candid. A wildcard with a fatal flaw. And he remembers the world before it stopped. The longer we spend together, the more I'm drawn into his entitled way of li
Read more 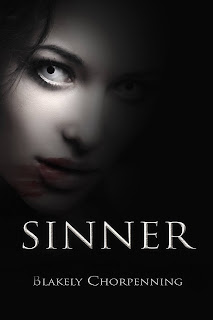 "The only difference between the saint and the sinner is that every saint has a past, and every sinner has a future." ~Oscar Wilde "Have you ever wondered what it would be like to be a vampire?" ~Amazon Review SINNER IS A GRITTY, CAMPY RIDE THROUGH THE HEART OF OBSESSIVE COMPULSIVE DARKNESS. Alice's life is spiraling out of control. After an accident leads to a tainted blood transfusion, Alice descends into the supernatural world of vampires, addicted to blood, destined to sin. Only, that's her second largest problem. The first might kill her for real. With no sire or formal keeper, Alice is among the feral vampires, marked by white eyes and the ability to live without drinking blood, unless the cravings prevail. Caught between old rivals, Alice doesn't know what she wants to be, a sinner or a saint. Wolf, an enigmatic wanderer, has the power to make Alice embrace her troubles as strengths, no matter if she is wicked or kind. But Gesick cools
Read more 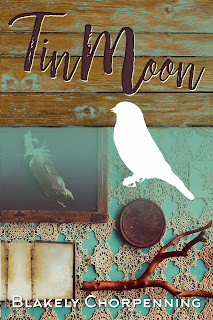 The bygone feel of FRIED GREEN TOMATOES meets the Southern spunk of PRAIRIE EVERS, with a heaping helping of North Carolina charm woven. "This is a wonderful coming of age story of a feisty main character and her life." ~Susan R. " One of the best books I've read in a while." ~Amazon Review "The protagonist's voice was so unique, vivid and 'real' that I found I wanted to know her story... I loved the world I found myself in." ~Nhys Glover Ninety pounds can sink any man. Nora is given a choice: stay in her daddy's house or turn Rathe Cravis' house into a home she can stand to love. Maybe even be proud of. If you knew her daddy, you'd know marrying a practical stranger at seventeen is the lesser of two evils. And it's a good life in Granville County, North Carolina...until the suspicious disappearance of Nora's little sister, Shailene, drives her farther from family and closer to the hand of Death. To the man
Read more